Independence versus Isolation: why Connection Matters

Is isolation an accepted norm in society, especially among entrepreneurs and other high-achievers? What are the pitfalls of taking an independent mindset too far?

In the United States, individualism is a prized trait, which could account for the fact that we have so many small businesses in the form of solopreneurs. We have a romanticized idea of someone going off on their own, doing their own thing, and being answerable to no one but themselves.

We even have a lot of memes about behaviors that can lead us to isolate ourselves, such as:

It’s lonely at the top.

If you want something done, do it yourself.

This morning, during my meditation, I came across something which really made me think. It is important to guard against isolating ourselves, in a world where social media can produce a false sense of connection to others. It started off by saying,

A man who isolates himself seeks his own desire; he rages against all wise judgment.

How can that be? For starters, technology affords us the mean to automate more and more of our routine tasks, whether at work or at home. This leads to less reliance on others, and sometimes less communication with others.  Carrying on this way can also lead to either surrounding yourself with sycophants. Some people are all too willing to tell you what you want to hear, especially if they perceive that you are more influential than they are.

Being on the receiving end of flattery feels really good. But it is a trap. The next portion of what I read that stood out to me, said, “Before destruction, the heart of a man is haughty, and before honor is humility.”

I remember being so delighted to have met certain people at a conference, a fundraiser, or some other event, only to find out later on how “important” they really are. But while we were just chatting anonymously, before introducing ourselves, there was no ego screaming to be stroked. Experiences like that really restore my faith in humanity.

A lot of people have figured out how to put their business on autopilot, but the same cannot be said of relationships. Even the best among us still invest time in meeting people, because “iron sharpens iron.” Another part of the passage reads,”The first one to plead his cause seems right…until his neighbor comes and examines him.”

More importantly, while work has its place in our lives, it is replaceable. People can re-invent their careers, sell their existing businesses, and move on to something else. People have much more intrinsic value than that. 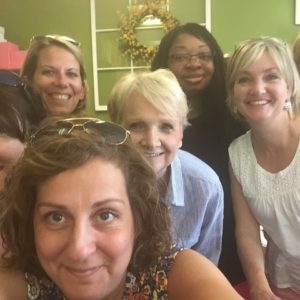 There is much to be gained when you put yourself in the path of other people who can develop your knowledge. To quote another part of what I read says, “The heart of the prudent acquires knowledge, and the ear of the wise seeks knowledge.”

We value education, precisely because knowledge is the single-most important predictor of success in life. Fashion trends come and go. Hot industries can become cold and upend the livelihood of many. What remains is our connection to each other, even as we choose to forge a path and build our vision. Speaking of education, I am currently involved in a fundraiser for a school overseas. Check it out here.