Coming to America: Reflections on my Anniversary 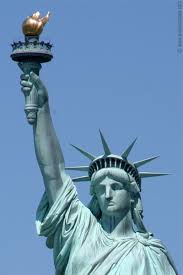 Many people have a “coming to America” story, and that includes me, a naturalized citizen. Every year on this date, I always wish my sister a happy anniversary to commemorate the day we came here.

Sure, we had been here before on vacation, and that was plenty exciting. But moving here to live, because of widespread political and social unrest “back home” was something else entirely.

Since those many years ago, members of my immediate family and more distant relatives have come to enjoy more than we could have imagined: owning homes, owning businesses, creating our American dream, and also contributing the the

It is an incredible experience for a family to come from extremely humble means, and manage to make something of themselves in that country. Then to leave that life behind, and start again from the bottom in America is downright humbling.

Far from being an uncommon experience, such is the story of many immigrants who come to America. We weren’t afraid to make any sacrifice necessary in order to have a chance at a better life.

Some people who were born on this soil seem to think that immigrants have it easy, that they are bleeding social services dry. Far from that, immigrants aren’t eligible for help for at least 5 years.

No one gives an immigrant a discount on the rent, on car insurance, on clothing, just because they come from a poor country. No! We work, and we work hard. Oftentimes, both mother and father have 2 or 3 jobs EACH in order to make ends meet.

The first several years that immigrants move to this country can be so unbearably hard, that many wish to move back home. But everyone “back home” has visions of America as the land of milk and honey, so we press on, to support ourselves, and to support those back home.

Slowly and surely, we make progress; it is uneven; sometimes we take a few steps forward and fall several steps behind, but we keep putting one foot in front of the other. We re-invent ourselves as many times as we have to, in order to pull ourselves up, and also those who depend on us.

While many people who are born here tend to complain about taxes, immigrants tend to not mind paying our fair share. Often we leave behind countries without a proper infrastructure, without good healthcare, with few choices for a good education, etc. Being able to pay taxes here is almost an honor.

It’s not to say that we want politicians to be wasteful in spending our hard-earned tax dollars. However, we believe in the concept of contributing to the country that has given us such a great foundation upon which to thrive.

At some point in everyone’s history, we all came from someplace else. It is only a matter of recency that divides the people who consider themselves more American than others.

I can only hope that as people debate the issue of immigration in this day and age, they look at immigrant families like mine who have earned the right to be called Americans, just like those who were born here.