Putting the “Cuba” in Incubator 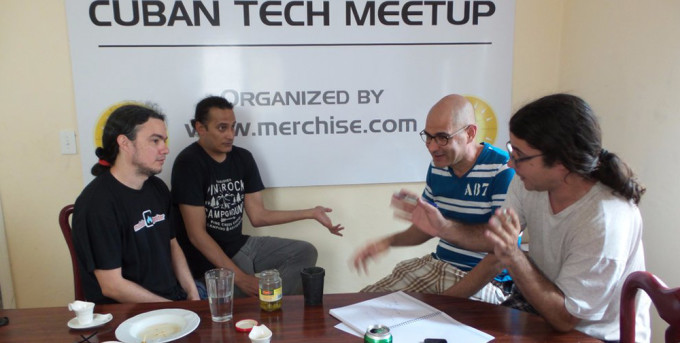 Rumor has it that some IT firms are beginning to salivate over Cuba, now that diplomatic relations have begun to take root between our two countries. Both as potential consumers and potential employees, Cubans would appear to be a good target market.

For starters, Cuba has achieved a 99% literacy rate. This alone is attractive for companies looking to expand their global presence. A literate, educated workforce serves itself well, and lends itself to adapt to whatever said companies may need. That they are severely low-paid, in comparison to the US workforce, even a doubling or tripling of their current salary range would still be peanuts to us, but a boon to them.

Second, despite the governmental and technical limits on technology, people manage to circumvent the rules. One such workaround is the weekly distribution of content downloaded from the internet, and then sold on flash drives for only $2 per week. They have an appetite to learn and to teach. Cuba reportedly has a significant number of people with technical degrees; that could be a boon to all types of educational outlets, from dev boot camps all the way up to higher education institutions in the United States. Cuban institutions have long been known to draw students from elsewhere in Latin America and the Caribbean, particularly for medical studies.

Third, while most people only have access to old and censored technology, large technology providers have been allowed to bring in more modern conveniences that we take for granted in the US. Those would include mobile payment processors, which serve everyone, from micro-enterprises to the largest of enterprises on the island.

As a result of these and other changes, Cuba finds itself an incubator for changes that are likely to happen at a more rapid pace now. As with other societies, progress is likely to be asymmetrical, but it is now within the reach of many more people than before.