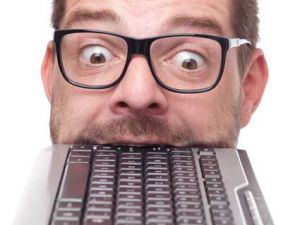 Labor abuses are an open secret in the IT industry, so why do people look the other way? A recent conviction may instruct how to confront this problem.

Periodically, there can be a kerfuffle, such as when a huge employer like Disney blatantly push the law to its limits in order to outsource its labor. Disney can claim to have kept its hands clean. After all, it was the company they hired who re-badged or replaced their American workers. However, it seems that otherwise, few regulatory and law enforcement agencies care enough to do something about those abuses.

Let’s look at why people who know about this may look the other way, and then discuss one model for addressing this issue.

Looking the other Way?

Companies benefiting from the H-1B program can hide under the guise of diversity, inclusion. They can claim that they are working with a global workforce in order to serve a global consumer base. In truth, there is tremendous value generated for them by a system where there’s always a replacement worker at the ready. This reduces the dependency on too many employees who are subject matter experts (SMEs), and therefore the cost associated with it.

American and non-American immigrant workers may feel sorry for the abused workers, but why should they do something about it? They are looking to make a living, and are wary of their employers constantly looking to export their jobs.

H-1B and L1 Visa workers do not really have an incentive to protest. They are the newest and most vulnerable set of immigrants, are more marginal financially speaking, which is why a lot of them tend to live together in cramped conditions. In some cases their employers hold on to their visas. This means that they cannot even entertain the thought of pursuing better employment conditions with another employer. That would undoubtedly tip off the agency who’s holding on to their identification documents. They are effectively trapped between their hopes to live the American Dream, and the very real possibility of getting sent back home with nothing.

Recently a pair of brothers were convicted in Texas for misusing the H-1B visa process to bring employees into the US, hoping to eventually find them jobs. Since that didn’t pan out right away, the company just decided – illegally – to withhold their pay. While the prosecution fixes the issue of disbanding agencies like that, what’s the human cost of that decision? Did those abused workers have to return to their country? Were they able to transfer their visas to a legitimate employers? Are any of them better off now? What has happened or will happen to employers who did business with that agency? Those are unanswered questions about this collateral damage.

If nothing else, this case should serve as a model for other jurisdictions where such abuses are happening.