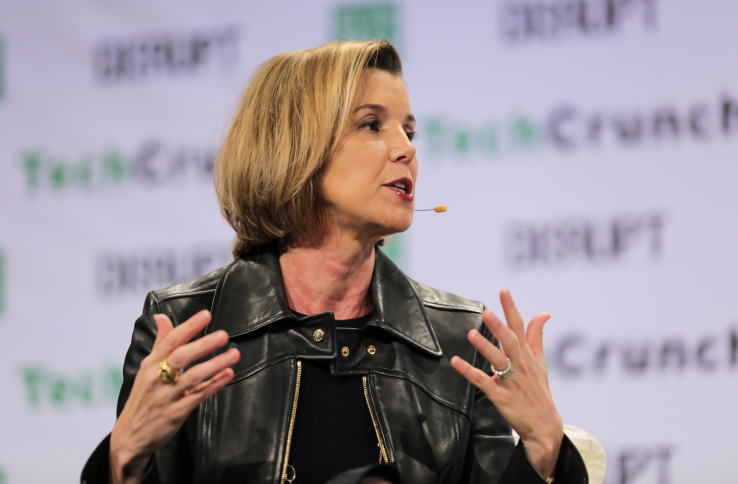 Ellevest has chosen today, the last day of TechCrunch Disrupt in NYC, to officially launch their service, offering a combination of advice and investment for female customers. While there’s still a waiting list for those who are not in the beta group, it seems the company is now beginning to unwrap the layers for the world to have a closer look.

Most of my career in technology has been specifically with FinTech (financial technology) companies, some of them startups like Ellevest. As such, I almost feel obligated to root for their success. As a disclaimer, their awesome VP of Operations is a former boss of mine, but he was not consulted about my commentary. These are my opinions alone, not insight gained from inside information. Besides, the company has been remarkably tight-lipped since inception.

Sallie Krawcheck has made a point of saying to TechCrunch that this is not a “pink it and shrink it” proposition. She predictably rejected the notion that her venture is another “robo-advisor,” the pejorative term for many of the services that preceded her own.

Rather, she explains that the service takes several factors into consideration. A few of them sound like good, old-fashioned insurance underwriting: women’s earnings peaking earlier in life than men; women tend to live longer than men; and even the disparity in their paychecks. Other factors sounded like some of what Suze Orman would advocate for, in terms of personal goals associated with those financial targets.

Ellevest seems to have departed in another significant way from other companies who have played in this field before. They didn’t shy away from partnering with a broker-dealer to offer a menu of portfolio options, including REITs. Some of Ellevest’s predecessors and competitors have specifically played up the fact that they are strictly in the advisory business. If clients want to invest, they are on their own. To assuage any doubts about the partnership, they offered an explanation here.

Finally, on the point that they offer personalized portfolios, everybody says that, be they digital, or flesh-and-blood advisors. Companies can play the “my quant is better than yours” game all day long, but it’s up to the investor to still do their due diligence. People are fallible. Software is fallible.

That said, I found their site to be easy to navigate. It uses language that has a chummy feel to it, rather than one that may turn off readers who are not steeped in financial jargon. They also have no minimum balance, at least not yet, so folks who want to test drive it have a low bar to entry.