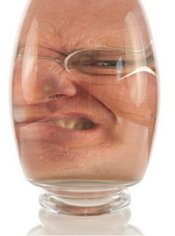 There is a pervasive meme about creating a culture of fill-in-the-blank. It makes people feel good, but in the end, it is all crap. Pardon my frustration, but I bet that you will agree with me.

When certain large companies gobble up smaller players in their niche, in order to boost their ranking in a Gartner Magic Quadrant, it doesn’t matter how hard people at the acquired company worked. They’re in for a culture shock, because they are no longer masters of their destiny. Clients of the smaller company will not necessarily benefit from any purported synergies. The licensing costs of the products they purchase will likely keep increasing, not decreasing.

Two candidates vying for the same job have essentially the same qualifications for the job. The person who appears to be a better cultural fit is more likely to be chosen. Even if the candidate believes they can thrive in that environment, it does not matter. This approach is pervasive, because companies either want someone who will perpetuate their values, or they want someone who’s not going to rock their leaky boat. At a minimum, they will choose a candidate whose vision is in line with the desired culture that they wish to have. That’s why you tend to see certain patterns in the demographics of certain roles.

Is There any Hope?

People who believe that they are empowered to change the culture at a company should understand there are always strings attached. The only people I’ve seen truly being able to change the culture of any size organization, tend to be autocratic in their approach. Lasting change is possible, only if such leaders decide to be magnanimous, and they allow the organization to breathe and flourish outside their limited control.

The only other way is if senior managers and officers hold those leaders accountable. When one person has relatively too much free rein, the demise of the culture is inevitable. The good people will walk away, and the sycophants will be left behind.